The study of non-verbal Communication is divided into three main areas.

Paralanguage- the way we say what we say.

Proxemics- how the physical space is used.

The study of Paralanguage focuses on the way we say what we say.

Two identical verbal messages may communicate different meanings altogether, depending on the tone of the voice.

Here, I would like to add that while speaking, apart from the words, a great deal is conveyed by the tone of the speaker’s voice, the rate of speech, the pitch, and the stress on the words.

The way you speak a sentence can change the meaning by playing with the emphasis on certain words.

Listeners can interpret various meanings from any sentence depending on the tone, volume, pitch, and other non-verbal cues.

Let’s take a look at the volume and the role that it plays in Communication.

* It acts as an essential parameter of effective communication- people sometimes speak louder to grab the attention of their audience.

* Speaking loudly (overly loudly) can be disturbing or annoying, speaking really softly will act as a barrier to effective communication.

Volume of your voice has to be attuned to the situation.

Voice Pitch:
This one is in response to our emotions. Shrieking indicates excitement or nervousness and anger at times while a low pitch commands attention and respect.

Your volume pitch plays a vital role in showing your audience if you are in control of the situation or not.

Rhythm:
It is about the pattern and the music of your voice.

A smooth rhythm will project you as a confident speaker with an authoritative attitude. On the other hand, being out of rhythm may convey lack of clarity and preparation.

Rate of speech:
People speak about 150 words a minute on average.

Speaking fast signifies a nervous, impatient speaker, while a slow speaker sounds boring and clueless about the situation.

Pronunciation plays a crucial role in building an individual’s image. Yes it varies from country to country so the best solution would be to adopt a clear way of pronouncing words that can be understood by everyone.

Pronunciation is about making correct sound and paying attention to word stress and pitch.

Enunciation is how correct a word is pronounced. It deals with the move movement of mouth and speed of speaking.

Sounds which are audible such as- crying, whistling, clearing the throat, sighing, all these audible sounds serve to communicate something are called vocal characteristics.

Noticing and understanding these sounds can help improve #communication.

Last but certainly not the least is-

Vocal segregates are also called ‘fillers’.
Ummmm……, Ah……, Errr…….., I mean…., Actually…., You see….. Etc.
They are the awkward components of speaking and should be avoided as much as possible.

These empty fillers indicate the lack of confidence and lack of clarity.

Some interesting facts about non-verbal communication:

Verbal communication can be planned, whereas the non-verbal is spontaneous and continuous.

Verbal communication can be started and stopped abruptly, while the non-verbal can’t.

Whenever the verbal and non-verbal communication contradict each other, non-verbal cues are considered to be more reliable.

Drop me a line at archana@archanaparmar.com to learn more about the art of communicating effectively. 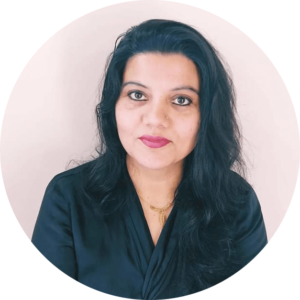 As an Executive Communication Coach, I combine three fundamental areas of communication – the intellectual, the psychological and the physical to help you speak brilliantly, enhance your influence and reputation, boost your confidence, and  discover your authentic style and voice.